skip to main | skip to sidebar

In his book all about the foreign exchange market in the . Sam. Y. Cross says this about electronic trading. “Quoted prices change as often as 20 times a minute.” It has estimated that the world’s most active exchange rates can change up to 18,000 times during a single day. There was a time when it was days, then hours and now seconds. These price movements have allowed traders to go in and out of the market at the pace not possible a few years ago. Active traders can go in and out of the forex market up to 200 times in a single day and take small profits each time they perform these trades.
Like lots of new traders in the market, you’ll probably be asking your self if the market never sleeps, when should I be awake to trade?

The foreign exchange week begins at Sunday 5am Sydney time on Monday mornings. The foreign exchange trading day never cease except for short periods over weekends. At any given time, somebody somewhere is buying and selling currencies. As one market closes another market opens. Business hours overlap, and the exchange continues as day becomes night and night becomes day. Therefore the answer to your question above will be: the massive liquidity of forex, combined with a true 24-hour market that is traded 5.5 days a week. Offers you exceptional independence and choices to trade forex when you want to , not when the market wants you to. Trades actually develop with relatively the same frequency, regardless of time. As long as the forex is open, there is about the same chance that you will find a trade whenever you look. Even though some times are significantly better than other times.

With each passing second, minutes and seconds, Forex trading volume remains high , but peaks highest when the Asian market ( including Australian and New Zealand ), the European market an the US market is open at the same time. Actually only the major markets can overlap at the same time. Here is the break down of open market times.

You will notice there are 2 time when two of the major markets overlap in trading times; between 2am and 4am EST (Asian/ European) and between 8am to 12pm EST ( European / N. American) Generally the market tends to make the biggest moves during these over lap and, therefore are usually the best times to trade.

More Wealth From Short Term Forex Trading. This Method Has A Record Breaking Win Rate And Return On All Currency Pairs.
Posted by nghotlinks at 1:59 AM No comments: 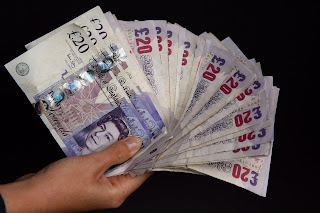 WHAT IS FOREX
Forex trading is all about exchanging currencies. In other words in this market you can trade one currency for another to make profits. Currencies in the Forex market are traded 24 hours a day 7 days a week. Foreign currencies are always traded in pairs - EUR/USD, GBP/USD, EUR/JPY etc. Around 70% of all transactions are made with major currencies like U.S. dollar, Australian Dollar, British Pound, Swiss Franc and Japanese Yen.
Global currencies not only fluctuate every minute, they also increase or decline in value against one another over long periods of time. Unlike the stock market, when one currency is going down, there is always a currency that is going up. This has made Forex attractive for banks and hedge funds, businesses and retail investors.
Up until 1998, the forex market was the hidden domain of the banks and the mega wealthy. Now the rest of us can profit from the largest market thanks to the brokers.

The internet has aided in making this market available as an unparallel opportunity for any body in the world. Individuals can now realistically trade in the same market as the bid players even from the comfort of their homes.

Reading the foreign exchange quote is very easy to do. It’s really quite simple if you remember 2 things.

The US dollar is the centerpiece of the forex market and is normally considered the base currency for the quotes. In the majors this includes USD/JPY, USD/CHF and USD/CAD. For these currencies and many others quotes are expressed as a unit of $1
USD per the second currency quoted in the pair. For example the quote of USD/JPY 110.01 means that one U.S dollar is equal to 110.01 Japanese Yen.

When the U.S dollar is the base unit and a currency quote goes up. It means the dollar has appreciated in value and the currency has weakened. If the USD/JPY quotes previously mentioned increases to 113.01, the dollar is stronger because it will now buy more Yen than before.

The three exception to this rule are the British pound (GPD) , the Australian dollar (AUD) and the EURO (EUR) . In this case, you might see a quote such as GBP/USD 1.7366. Meaning that one British pound equals 1.7366 U.S dollars.

Note that as you start demo trading, you will be seeing terminologies like the one above. Always bear in mind that sell means “Shortt” while buy means “Long”-very important.

Trading in Forex can be very profitable; it could turn into a fortune overnight but could also be a disaster for the inexperienced. Plunging into Forex market without knowing its rules can be very costly .

Take Control of Your Emotions.
The first rule is mastering your emotions. Do not be greedy , you must not make millions of dollars in every trade. This is why a lot of traders even the advanced ones get creamed. They stay in a good trade too long hoping to get all the money .suddenly the tide plummets against them and they get licked. This happens all the time.

You must not be too emotional about loses . Try and understand that even the best traders looses some times. Don't try to hang unto a loosing trade instead of exiting hopping there will be a market turn around. More often than not this results into pile of loses. The best practice is to decide where loses will be cut before even initiating a trade.

Don't try to take revenge on the trade. A lot of traders get creamed and they try to strike back. Trading when angry or vengeful will end up in disaster. If you get blasted , just take a break and reread the charts . Do some thing to distract yourself. Even if you think you have spotted a great trading opportunity ,take a break there will be trading tomorrow.

Set Stops and Limits.
A stop is placed so that you don't loose too much money . Assuming you bought EUR/USD at 1.1156 . You would start loosing money if it starts dropping . Therefore you might decide to place a stop at 1.1146 meaning if the currency drops to that level the system automatically exist the trade. Limits work the same way only for gains. If I set a limit on the same trade at 1.1166 . The system will automatically exit at that point whether I am still at the computer or not and I will make my gain. This is the best way to trade if you are not going to be watching the trade all the time.

GETTING STARTED IN FOREX
If you are new to Forex I recommend you get a lot of learning materials to practice trading before going real. Forex involves substantial risk you need to to get grounded with the techniques first.
Getting started is easy, to open position in the foreign market, all you need is a computer and an Internet connection and a program called Trading Platform. If you are really serious about making some money in Forex I suggest you start a live account with at least $500 deposit. However, you can start with a lot less than that but that might not get you far as you'll probably be making just a few dollars. Click below to learn and get started.

Please ensure that your internet connection is a fast one. This is because the Forex market is a fast moving market and you will need up-to-the second information to make informed trading decisions. I will advice against using a dial up connection, if you are serious about trading online a modern computer with a high speed internet connection cannot be compromised.

10 Minute Forex Wealth Builder!-2 Deadly Accurate Forex Systems Enabling Anybody, No Matter What Experience Level To Make Shocking Amounts Of Money Trading The Forex Market With Only 10 Minutes A Day!

Posted by nghotlinks at 7:06 AM No comments: